A living without a mission is a life wasted. Every individual has a purpose, or you can say a passion in their life that keeps them going. And the best way is to save lives by blood and plasma donation.

“The Best Way To Find Yourself is to Lose Yourself in the Service of Others.” – Mahatma Gandhi

Similarly, Prince Dhiman, 31 years young man, has found his pleasure in saving lives. He goes above and beyond for the people who are fighting for their life. The extra efforts he makes to add a big difference to the lives of the people he came across are appreciable.

Many social workers, like Prince Dhiman, go the extra mile to save lives whom they do not even know personally that too potentially at the cost of their health and well-being.

Not All Blood Relations Are From Birth Some Are From Humanity

He is so inclined towards social activities that he has been part of various Blood Donations as well as Plasma Donation Drives to help people with critical medical conditions.

Mr. Dhiman has donated plasma and blood 37 times as well since 2011 and there is no going back as he strives to be the best he can be when it comes to the constant struggle of saving lives.

The Compassion Is In His DNA!: Inspiration Behind The Deed

We would not be wrong if say the compassion & devotion towards humanity is in Prince Dhiman’s DNA. As when asked about his inspiration behind the good deeds he gives credits to his father.

Prince exultantly mentions that he is always inspired by his father who is very kind-hearted, full of energy, and readily available to do his bit to serve mankind. For him, his father is his hero.

He is a very strong advocate for blood & plasma donation as his favourite quote is “One person can make a difference, and everybody should try.”

A True Sense Of Gratification Comes From Blood and Plasma Donation

Prince Dhiman works from the core of his heart and has such a passion for healing people who are in critical condition.

He is not only doing his deed dedicatedly but also encouraging others to help and heal the ones who are fighting to survive.

Mr Prince Dhiman states that most people have predominant concerns & fears that they might get an infection. But the sense of satisfaction that you achieve when you saves someone’s life outweighs all fears.

He motivates each person he comes across with a zeal to denote as much as you can for the people who are finding it difficult to survive. He urges others to feel the gratification of giving someone a new life. 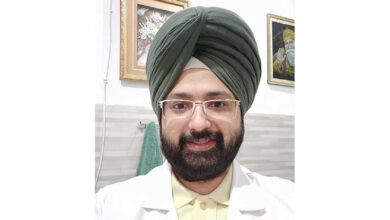 Dr Lakhpreet Singh: An Epitome of Overcoming a Hard Luck with Hard Work.